I finally got round to joining my local Critical Mass ride this month.  Critical Mass in Northampton has been running on the last Friday of the month since last summer and sets off from the Racecourse at 6.00 p.m.  Despite the wind and rain, I was there!

I saw three people I already knew and everyone else was very welcoming.  A great atmosphere!

We set off on what turned out to be a figure-of-eight route through the town.  I don’t think I would have remembered the route without a tracker app as I was pretty much in conversation with other cyclists most of the time. 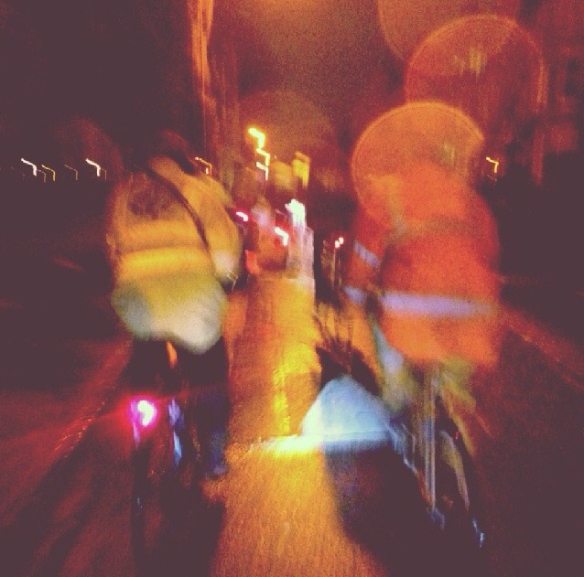 Windy and at times a little wet!

In just under an hour we were back at the Racecourse and many of us adjourned to The Olde England.

At the end of the ride!